The Bucheon Love the Lord Church was built in 1978 with a 70's sound system. The remodelled audio system installed in 2008 was becoming a big hindrance to worship and needed modernisation. Speech performance was not good and the system was not performing well with music.  After several consultations, it was decided to replace the system as a whole, with a Quest Engineering sound system solution.

The venue did not suit a line array and most suitable single element speaker for the job was the Quest QM700, and the ultra-compact HPI5 as the secondary delay speaker and QA series amplifiers are also installed. The system has more than enough power and increased clarity is immediately noticeable. The high powered HPI5 delay speakers are small but project a lot of sound without interrupting sightlines.

A foldback system for the praise team and choir, the co-axial QM10DC was chosen for size and performance.  The praise team has a total of six independent fold-back loudspeakers that provides accurate monitoring, allowing for focus on performance and praise. The choir spreads evenly across all the saints' seats, and the satisfaction of those who attend the service as well as the choir is very high.

With this sound system, the congregation will be loving the audio for the next 20 years.

Love the Lord Church and QM700. 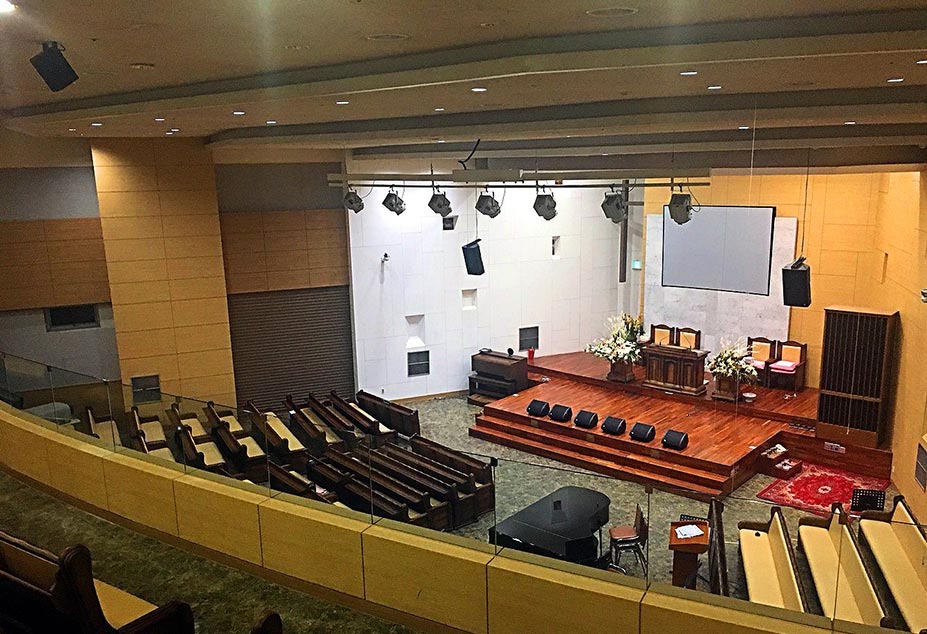 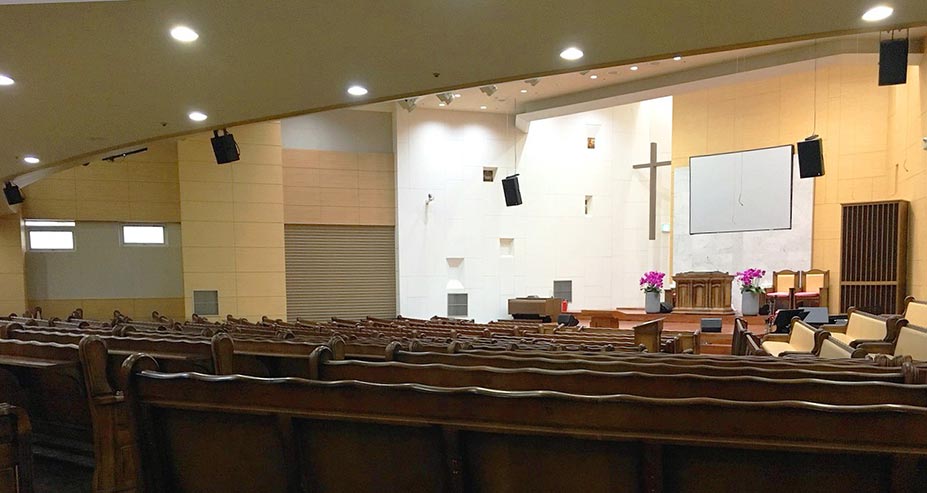 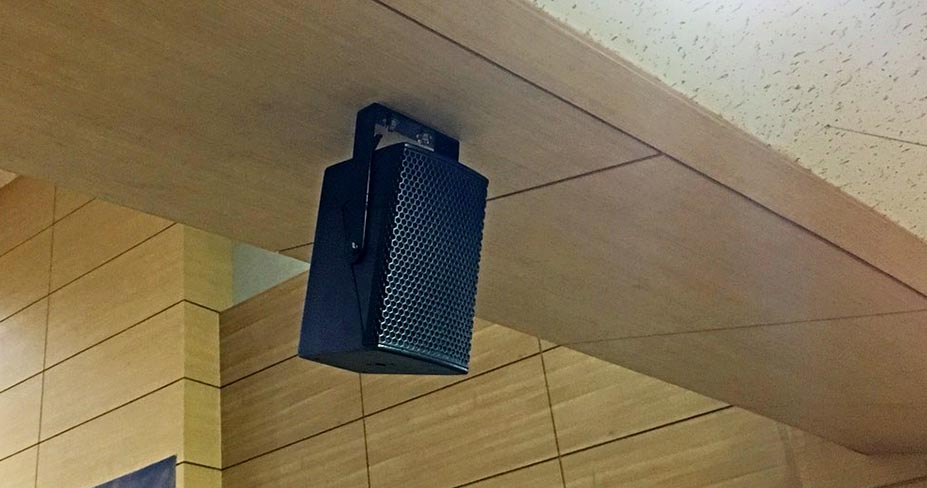 The HPI5 is a powerful and natural sounding voice projector and ideal as a ultra compact delay or fronnt fill speaker. 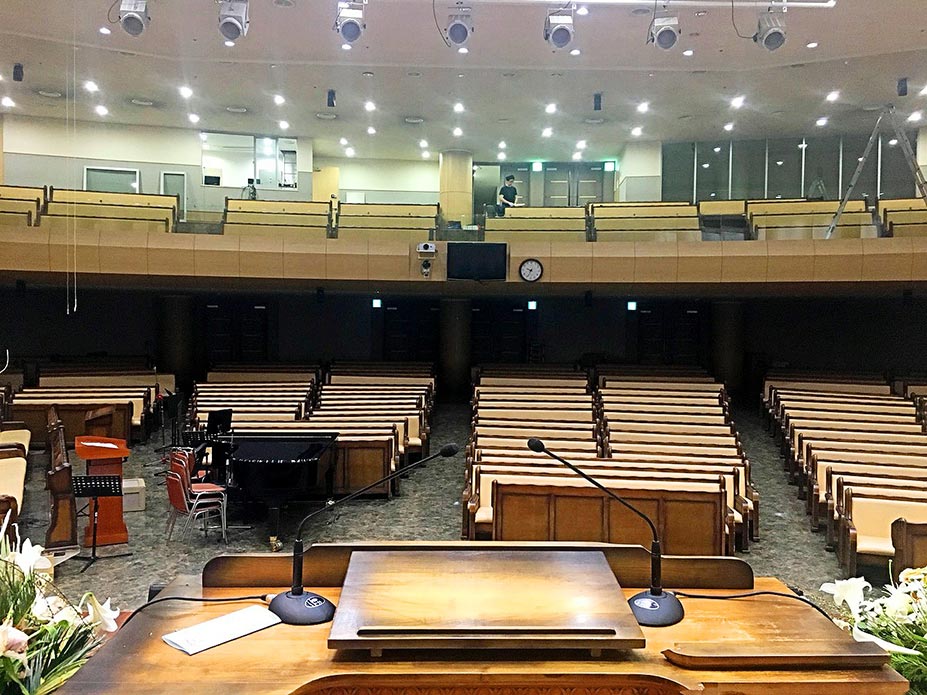 Very uniform audio coverage for a wide space only possible with a point source system. 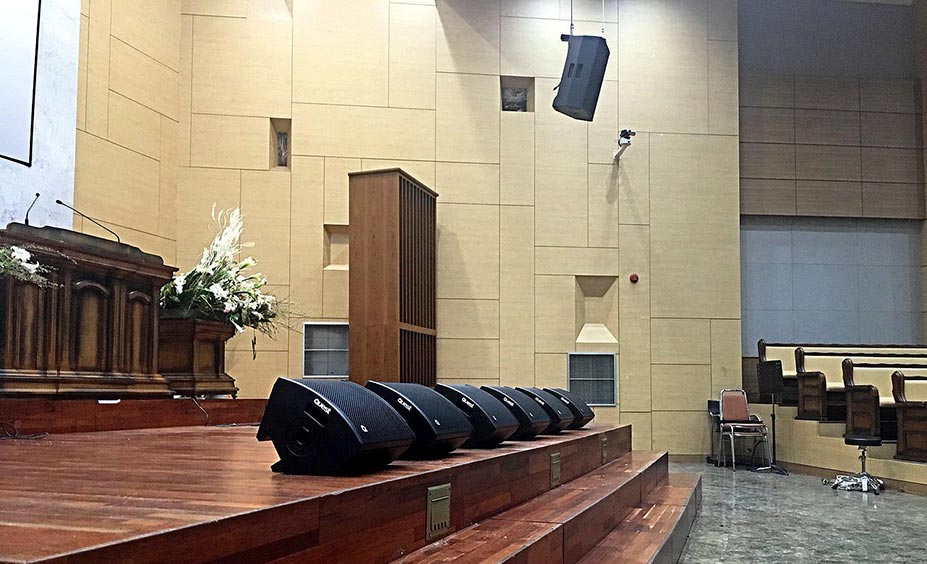